It's high season for polio in Nigeria--and there have been no cases for seven weeks. The Gates Foundation arguably runs the polio eradication effort, and apparently to good effect.

The remarkably low numbers seen in Nigeria are probably not due to missed cases. The quality of surveillance can be measured in a number of ways. There usually is at least one case of non-polio paralysis a year for every 100,000 children. Below that ratio, surveillance is considered inadequate. To distinguish polio from non-polio paralysis, stool samples must be analyzed, with a goal of testing 80% of cases. Nigeria's scores on both these measure have been climbing since 2006. The stool sample rate now approaches 100%. 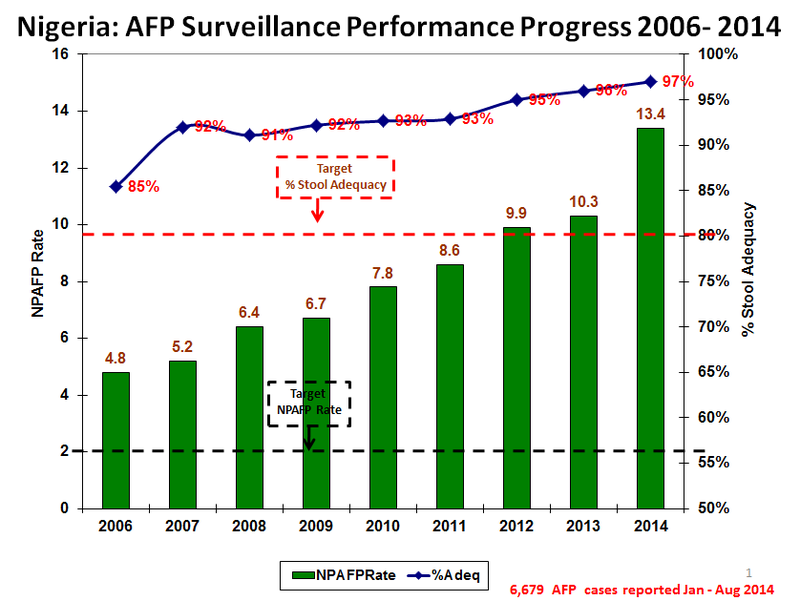 It is difficult to descry changes in these measures easily attributable to new and improved management. Regardless, in a kind of pincer movement, better surveillance and increasing quality of immunization campaigns are slowly crushing polio.

Nigeria might or might not make it to the end of 2014 with no cases. If it does, transmission in the country could be declared as halted, which might be important for meeting the global eradication deadline of 2018. However, Pakistan, which faces an intense although geographically circumscribed polio explosion, unquestionably will not halt transmission this year. If the eradication timeline is taken literally, Pakistan's situation will require adding one year to the schedule, i.e. missing yet another eradication deadline and likely adding roughly $1 billion to the budget.

The Independent Monitoring Board, de facto interpreter of the eradication plan and arbiter of progress, will have a report out soon.