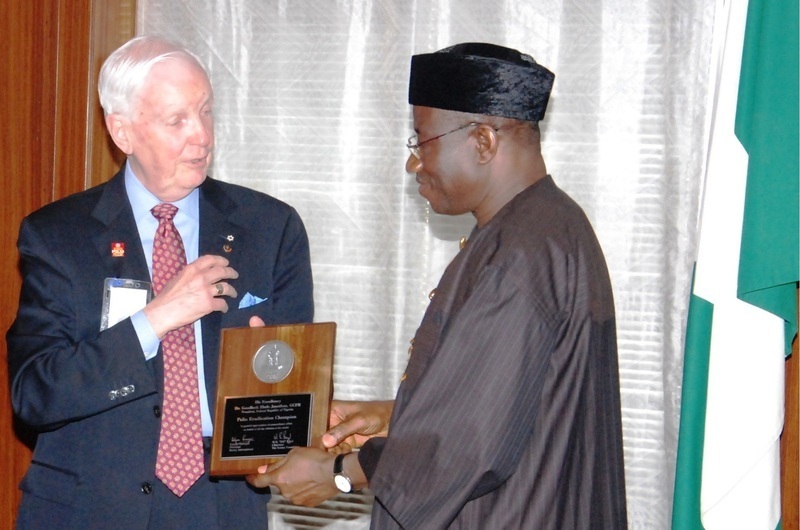 Polio cases across Africa are near zero, with the exception of Nigeria where they are surging, jeopardizing a continent that is close to polio-free after decades of effort. Nigeria and international agencies are taking measures to halt the recrudescence and prevent spread outside the country, but the amount of disease and mobility of populations gives the virus a fighting chance to kindle outbreaks elsewhere on the continent.

With India having rid itself of polio, Nigeria now is the main front in the effort to eradicate the virus. Nigeria is the only African country which has never interrupted transmission of the disease, making it a supplier of poliovirus to its neighbors and the rest of the continent. Nigeria made huge strides, bringing cases down to 21 cases in 2010.  But then public health lost out to politics. Elections in early 2011 turned attention away from polio and cases bounced back to 65 for the year. Already in 2012 there are 35, even though it is the low season for cases. The only other country in Africa to report cases this year is Chad with three.

Vaccination rounds have been scheduled in countries neighboring Nigeria, but polio’s renewed momentum could carry it to any number of places in Africa where population immunity is low. “That’s the big question,” says the Gates Foundation’s Apoorva Mallya concerning the possibility of export. “We are trying a lot of new strategies, but it is definitely a tough challenge,” he said. Outbreaks could go undetected in remote areas, becoming larger and even seeding secondary outbreaks, undoing at least part of the work in getting rid of polio.  At the same time, the Global Polio Eradication Initiative has become adept at swiftly extinguishing outbreaks. And the initiative has returned to the some of the same countries several times already to stamp out recurrences of polio.

The World Health Assembly voted last week to make polio a global health emergency, raising the profile of the issue and perhaps attracting additional funding for a project continuously declaring funding shortfalls. The emergency declaration could also mean travel restrictions for countries that fail to bring polio under control, Nigeria being the obvious candidate. Leaving the country might come to require proof of vaccination.

Polio also continues to roam freely in parts of Pakistan and Afghanistan. That locus is considered a lesser threat for exporting the disease, although polio did cross from Pakistan into China before being quickly smothered.

Nigeria, hard pressed today, is perhaps at best several years away from putting an end to polio. President Jonathan Goodluck has set 2015 as his target, and global health authorities believe Nigerian leadership is sincere in its efforts. As in India, the tactics or “micro plans” for vaccination are changing to emphasize mobile and remote populations which have been consistently missed, perhaps since eradication efforts began decades ago. India shows eradication can be done and, in many ways how, but also the enormity of the effort required.