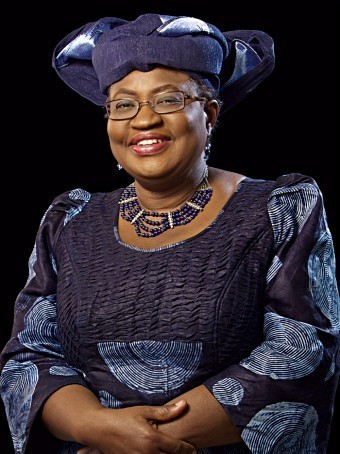 Ngozi Okonjo-Iweala, Chair-elect of the Gavi Board (Photo credit: Gavi)

In January, Gavi raised $7.5 billion to be disbursed to developing countries from 2016 through 2020.

Gavi knew of Okonjo-Iweala's Lazard appointment and believes it will not pose a problem. According to Gavi spokesperson, Rob Kelly: "Financial oversight of programmes [is] the responsibility of the Gavi CEO and is managed on a day-to-day basis through teams within the Gavi Secretariat." Potential conflicts of interest, Kelly argues, won't compromise decisions about money because of how Gavi is structured. However, the CEO reports to the board which has ultimate financial oversight of Gavi. The board chaired by Okonjo-Iweala is Gavi's "supreme governing body," according to its statutes.

Lazard’s sovereignty clients include Gavi grant recipients such as the Democratic Republic of Congo, Mauritania, Nicaragua and Ukraine, according to recent regulatory filings. Retaining Lazard, so-called “Banker to the Broke,” might be seen by all Gavi-eligible countries as a way to, for example, win larger grants. Also, Gavi eligibility and criteria for graduating from Gavi support have less obvious but still significant financial implications for many countries in the world. A country paying Lazard might lead directly or indirectly to a financial benefit to Okonjo-Iweala who, at least according to Gavi statutes, exerts considerable influence on Gavi decisions having financial consequences for countries seeking or receiving Gavi support.

In addition, Nigeria was found by Gavi to have misused vaccine grant money while Okonjo-Iweala was finance minister. After a 2014 audit, Gavi demanded repayment of $2.2 million, a figure which may understate the extent of fraud. As much as 87% of the amount audited might have been skimmed off. Okonjo-Iweala's signature, along with that of the health minister, is on Nigeria's status reports to Gavi for 2011, 2012 and 2013, the years examined by the Gavi audit. Gavi has announced a more far-reaching audit and requested that Nigeria conduct a criminal investigation. Okonjo-Iweala might play multiple, conflicting roles in these investigations.

Okonjo-Iweala is also embroiled in an alleged missing $20 billion in missing Nigerian oil revenue. According to Rob Kelly, Gavi was aware of the matter and Okonjo-Iweala "was selected following an intensive and competitive search, which included a thorough due diligence process." Okonjo-Iweala has a reputation as an anti-corruption crusader. In 2012, she published a book on her experience entitled "Reforming the Unreformable: Lessons from Nigeria."

Nigeria has one of the worst immunization systems in the world which Kelly said "didn’t play a role" in Okonjo-Iweala's selection to Gavi board chair. Nigeria's system is so weak that it is difficult to ascertain immunization rates. According to Gavi, Nigeria reported 70% coverage for 2014, but a 2013 house-to-house survey found only 38% of children immunized.

Prior to the founding of Gavi in 2000, WHO and UNICEF ran global immunization. Gavi originated partly in reaction to the perception that WHO had been debilitated by politically and financially motivated appointments and staffing decisions. In contrast to WHO processes, the most recent selection of Gavi's CEO and board chairs have been tightly controlled.

The current CEO, Seth Berkeley, won unanimous approval from the board on March 8, 2011. His nomination by the Governance Committee came earlier the same day, again unanimously. Board minutes record one member mentioning that this “short turnaround time” meant there was little opportunity to consult with board constituencies. Both meetings were by teleconference.

Berkeley's selection was actually the work of a four-person subcommittee. Donor nations, who provide most Gavi funding, were placed in a "reference group" outside the four-person subcommittee with actual authority to choose a CEO. The countries Gavi is supposed to serve appear to have had no involvement in selecting the CEO: “Developing country voices need to be part of this process," noted Gavi meeting minutes, "however no volunteers from this constituency emerged." And although Gavi has board seats for developing countries, Gavi chooses who will "represent" those countries. WHO and UNICEF get only 2/3 of a seat each, squeezing in with the World Bank to share two seats total, the same number held by the vaccine industry.

Selection of the last two Gavi board chairs followed a ramrod process similar to the 2010 CEO decision. The Governance Committee appointed a smaller subcommittee. In both 2010 and 2015, this group was chaired by George Wellde Jr., a former partner at Goldman Sachs, and one of nine "unaffiliated individuals" on Gavi's 28-member board. Wellde's subcommittee proposed Ngozi Okonjo-Iwealaa as nominee to the Governance Committee which approved the choice on September 17. The board unanimously approved her selection the next day, September 18th, according to Gavi's Rob Kelly.

The Gates Foundation, which started Gavi, and the US representative to Gavi, USAID's Katie Taylor, had not responded to requests for comment by publication time.