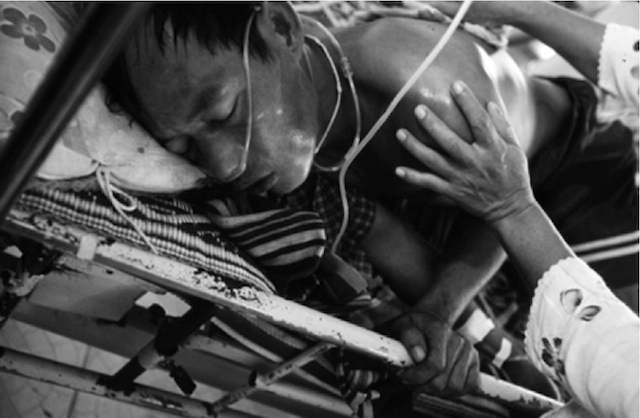 In Southeast Asia, drug-resistant falciparum malaria may have evolved resistance to another frontline therapy and established itself in new territory in western Thailand, according to the World Health Organization. The new area in Thailand joins previous hot spots in Cambodia, Vietnam, and Myanmar, with the latter being badly equipped to stanch further spread. Despite containment efforts, the possibility this strain may spread to Africa, which has the most significant malaria burden, remains very real.

From my article in Ars Technica, first in a series on malaria.

Robert Semeniuk's stirring photo shows a man from Myanmar with severe malaria who walked with his wife for four days to cross the border into Thailand, coming to the Mao Tao clinic in the village of Mae Sot. A forthcoming Lancet paper will describe the detection of artemisinin resistance arising in that region of Thailand. http://www.robertsemeniuk.com