Wild poliovirus began circulating in Israel in early 2013 but, more than a year later, appears to have been halted with no cases of polio reported. Cotemporaneously, however, a sewage sample in Brazil from March tested positive for polio, a strain related to an outbreak in Equatorial Guinea. No further samples in Brazil have tested positive nor have any cases been reported. Risks are likely lower at the World Cup than the annual pilgrimage to Mecca where stringent vaccination requirements have squelched transmission since a large outbreak in 2005.

The caseless transmission seen in Israel is possible in any population immunized only with inactivated polio vaccine (IPV). IPV protects against the potentially debilitating effects of poliovirus but does not prevent infection. Infected vaccinees can remain healthy but still transmit the virus.

The virus in Israel is related to strains originating in Pakistan. Perhaps coming by way of Egypt, the virus found its way into southern Israel, in Be'er Sheva, and spread northward. Those affected were "[m]ainly Arab Israelis but we believe there was some circulation among Jewish populations," according to Itamar Grotto, Director, Public Health Services at the Israeli Ministry of Health. 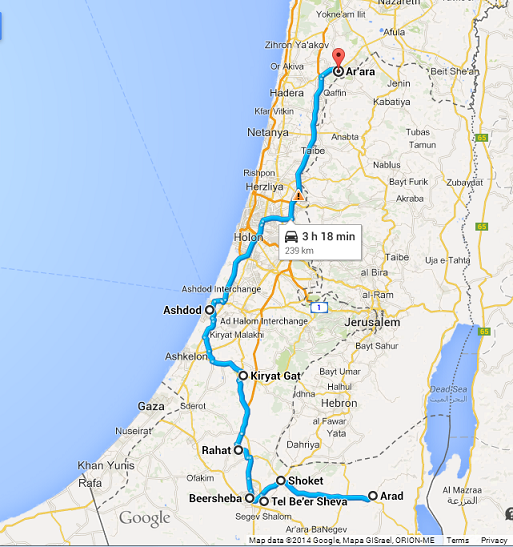 In the developing world, polio mostly circulates where a lack of sanitation systems and clean water lead to ingestion of feces-contaminated water harboring the virus. The virus can survive four to six weeks in sewage. However, in Israel, instead of unclean water, "person-to-person transmission [was] through 'dirty' hands," according to Apoorva Mollya, program manager at the Bill & Melinda Gates Foundation.

Bruce Aylward, assistant director general at the World Health Organization (WHO), explained: "Polio is one of those viruses where you only need an incredibly small infectious dose to get infected. If the virus is circulating in an area, there’s a high probability that you could get exposed."

Research on an outbreak in 1992-93 in a partially-immunized primary school in the Netherlands found evidence of infection in one third of the students. In New York City in the 1950s, a school outbreak quickly spread to an apartment building then to two more schools. 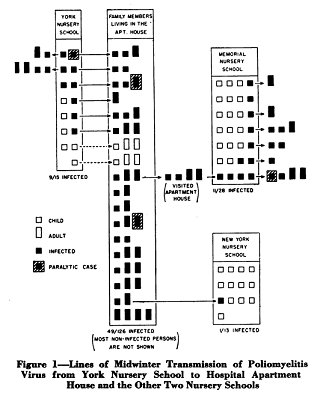 According to Donda Hansen at the Centers for Disease Control (CDC), person-to-person spread of poliovirus within households can be as rapid and efficient as the adenoviruses that cause colds.

Israel experienced no cases of polio because of very high population coverage with IPV, roughly 95%, and perhaps a bit of luck that the virus either did not reach or didn't cause disease among those without polio antibodies. To stamp out circulation, Israel employed oral polio vaccine (OPV). OPV not only protects against disease but produces a local, mucosal immune response that limits replication of the poliovirus in the intestine, breaking the oral-fecal chain of transmission. After two waves of vaccination aimed at children under ten, first in Israel and then the West Bank and Gaza Strip, sewage samples positive for polio stopped.

WHO waits half a year before judging a type-1 outbreak like Israel's to be extinguished. "[F]ingers crossed that they make it over the 6-month mark," said WHO spokesperson Sona Bari. But in the eyes of Itamar Grotto, "It really seems that the 'event' is over."

Israel has added the oral vaccine back to its routine immunization schedule, although it is not without risks. OPV uses a live version of the virus which very rarely mutates and causes polio. There were no vaccine-derived cases in Israel even though millions of children were immunized, perhaps because they were already protected by IPV. The science is not conclusive, but according to the Gates Foundation's Mallya, "Generally, it is thought that IPV would protect/prevent against cVDPV (vaccine-derived poliorvirus)."

Brazil uses both. And with over 90% population coverage and polio-specific immunization campaigns every year, the population of Brazil is thought to be well-protected. Owing to the health emergency recently declared by WHO, travelers from polio-infected nations should be vaccinated at least four weeks before traveling. The annual pilgrimage to Mecca has similar requirements although no chances are being taken: "Irrespective of previous immunization history, all visitors under 15 years arriving in Saudi Arabia will also receive 1 dose of OPV at border points," according to Saudi health regulations. In 2005, Nigerian polio strains were suspected of leading to an outbreak of over 300 cases in Indonesia with pilgrims transporting the virus far across the globe, resulting in heightened vaccination requirements in 2006.

World Cup polio risks in 2010 were far worse than in 2014, based on number of cases and countries. In 2010, 20 countries combined for over one thousand cases versus (so far) 2014's slightly more than one hundred cases in nine countries. Accordingly, the CDC emphasized flu risks more than polio for the World Cup. Hand washing, however, is also mentioned. 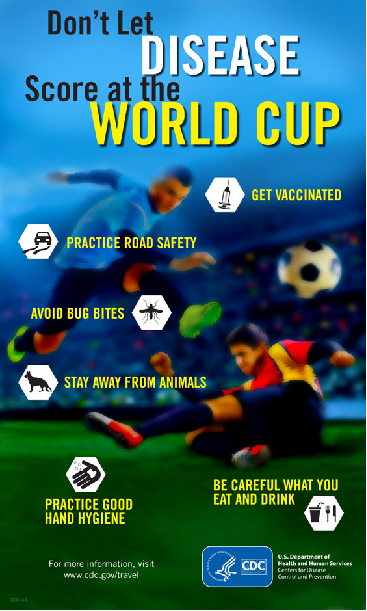