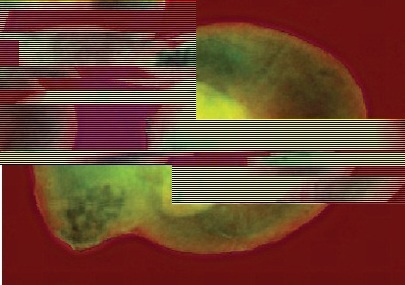 Biology’s holy grail, a full mechanistic understanding of the workings of life, is beyond reach according to two recent papers. Computer models that closely replicate the phenomena of a single cell are not possible, and the goal has been dropped.

Over the last decade, researchers have tried to grapple with biological complexity by modeling less complicated organisms. Yeast proved too complex and was replaced by organisms with smaller and smaller genomes, all the way down to tiny Mycoplasma pneumoniae. Unable to reduce genomes any further, scientists have radically reduced expectations for models instead.

In Science last month, researchers described the “popular view,” in which “we progress linearly, from conceptual to ever more detailed models.” The popular, linear view is no more. From now on, models “should be judged by how useful they are and what we can learn from them,” according to the paper’s authors, “not by how close we are to the elusive ‘whole cell model’.”

Alex Mogilner, one of authors and a professor at UC Davis, believes some future discovery might make the whole cell model again possible. “Never say never,” he advised. However, a paper from the Institute for Systems Biology forecloses the possibility for all time:

[N]o practically conceivable model will ever represent all possible physical parameters in a system, nor will enough data ever exist to fully constrain them all. It is also experimentally infeasible to measure, and technically prohibitive to model all possible phenomena in a cell, all possible environmental contexts, and all possible genetic perturbations.

There will be no in silico model of a cell, one that fully recapitulates cell behavior and substitutes for wet lab experiments. “Anyone who thinks we can ever obtain a completely deterministic view of an organism will have a hard job to convince me,” said Marc Kirschner, chair of the systems biology department at Harvard. “It is probably true that the number of equations to describe the events in a single cell is so large that this approach will never work,” according to Kirschner. He does hope to be able to predict “to some accuracy” particular responses of a system.

The implications for the future have yet to be worked out, although Mogilner and colleagues observed that such models were envisioned as enabling personalized medicine. For historical purposes, however, these papers bring an end to a monumentally successful, physics-based program for biology that began roughly a century ago.

Biologist Thomas Hunt Morgan successfully pioneered the methods of physics in biology, elucidating the role of chromosomes in heredity. This “turned out to be extraordinarily simple,” as he wrote in 1919, and nature was entirely approachable. “[I]f the world in which we live were as complicated as some of our friends would have us believe,” Morgan wrote, “we might well despair that biology could ever become an exact science.”

Shortly thereafter, physics underwent a crisis of faith as the discipline moved from an intuitive, mechanistic basis into a new and unsettling quantum era which renounced the Newtonian ideal of casually linking everything in space and time. When DNA was discovered decades later, the Newtonian paradise was regained. As a theoretical physicist turned biologist Max Delbrück said in his Nobel Prize lecture:

It might be said that Watson and Crick’s discovery of the DNA double helix in 1953 did for biology what many physicists hoped in vain could be done for atomic physics: it solved all the mysteries in terms of classical models and theories, without forcing us to abandon our intuitive notions about truth and reality.

Not long after, Lee Hood decided to become a biologist after reading an article by Francis Crick in Scientific American. Crick wrote how “the sequence of the bases acts as a kind of genetic code…” which was unknown. Many years later, Hood expressed the belief that “the core of biology is ultimately knowable, and hence, we start with a certainty that is not possible in the other disciplines,” like physics. He forecast being able to predict the behavior of a biological systems “given any perturbation.” His lab at Caltech invented the DNA sequencer.

A draft sequence of the human genome was published in 2000 and Hood founded his Institute for Systems Biology (ISB). The same year, Matt Ridley published his best-selling Genome which predicted a leap from knowing “almost nothing about our genes to knowing everything,” which he described as “the greatest intellectual moment in history. Bar none."

For the next dozen years, researchers from ISB heaved with might and main to realize Hood’s vision. Instead, they now say it is unattainable.

Undoubtedly, there will be disbelief. But Robert Millikan, a founding father of Caltech, didn’t want to believe in Einstein’s photoelectric effect. He won a Nobel Prize for being wrong and proving Einstein right.

This may still be one of the greatest intellectual moments in history, just not what we expected.