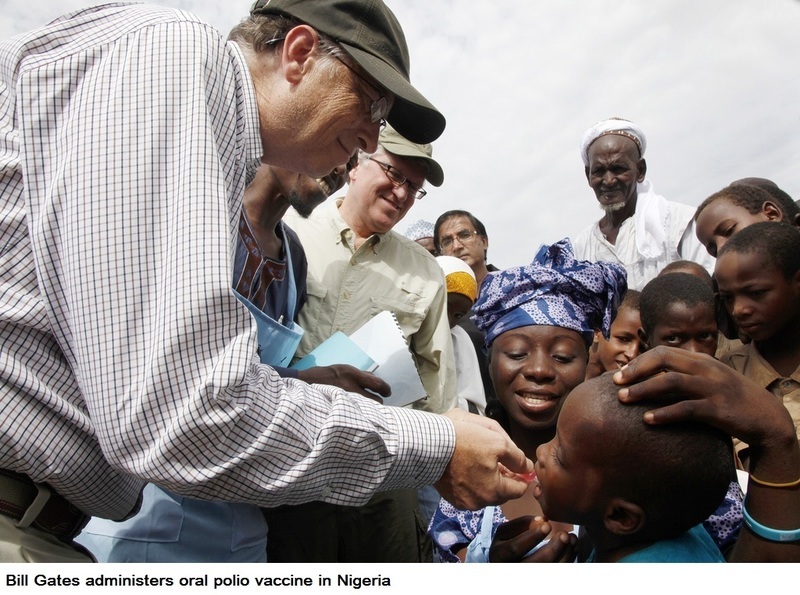 A confirmed case of vaccine-derived polio in Nigeria greatly complicates global plans to retire the trivalent vaccine next year and switch to the bivalent formulation. The polio eradication program is now between rock and hard place, with logistical momentum building for the switch but a possible public health emergency should the switch go ahead as planned.

In rare instances, the live oral vaccine can mutate, circulate and paralyze like its former self. Most cases of circulating vaccine-derived poliovirus (cVDPV) are caused by the type 2 virus in the trivalent vaccine, scheduled for retirement in April 2016. But the type 2 component of the vaccine both causes and protects against cVDPVs. In a Catch-22, the trivalent vaccine can’t be withdrawn until it stops the problem it is causing. Pulling the vaccine before halting type 2 cVDPVs would lead to a growing immunity gap and create the conditions for potentially large outbreaks.

Prior to the Nigerian case of cVDPV reported last week, Pakistan had caused the greatest concern with recent sewage samples testing positive for cVDPV. Nonetheless, the World Health Organization confirmed in April the scheduled replacement of trivalent vaccine with bivalent set for April 2016. The bivalent vaccine immunizes against only types 1 and 3 of the poliovirus. Type 2 appears to be long gone, last seen in India in 1999.

The logistics of the switch are daunting: 156 countries currently using or stockpiling the trivalent vaccine need to stop and switch to bivalent at the same time. Every dose of trivalent vaccine administered afterwards creates the risk of type 2 vaccine-derived virus.

In addition to the heavy logistical burden in the field, the switch also requires coordination among manufacturers who must scale back and eventually stop making the trivalent formulation and ramp up bivalent production. Once on, the switch is difficult to turn off.

Until recently, extinguishing all circulating vaccine-derived viruses was an unambiguous precondition for the switch. The eradication endgame plan states that “validation of the elimination of persistent cVDPV type 2…” must precede withdrawal of the trivalent vaccine. The US Centers for Disease Control (CDC) concurred that “persistent cVDPV2s need to be eliminated before the withdrawal of tOPV [trivalent vaccine].” Earlier this year, Paul Rutter, spokesperson for polio eradication's Independent Monitoring Board, said: "My understanding is that the switch could not happen unless cVDPVs are stopped—it is an absolute prerequisite."

WHO’s Strategic Advisory Group of Experts (SAGE) decides vaccine policy. SAGE will meet again in October. “The SAGE is not only going to look at whether there is circulation,” said WHO spokesperson, Sona Bari, in early June. According to Bari, SAGE will also consider "what steps have been taken to stop circulation, what immunity levels are like, etc.”

The Independent Monitoring Board (IMB) backed off from its earlier more absolute position after SAGE gave its go ahead for the switch. Said IMB spokesperson, Paul Rutter: “making a judgement about what constitutes a 'showstopper' would be to second-guess SAGE."

Earlier this year, a modelling study warned of a worrying possibility that vaccine derived virus would still be circulating next year when the switch is set to occur. A co-author of the study, Kimberly Thompson, expressed concern back in February that "It's possible that world leaders will decide to coordinate OPV2 cessation in April 2016 without being 95% confident that cVDPV2 transmission has stopped in Nigeria or Pakistan." At the time, Thompson believed “Pakistan may be more of a threat to global cessation than Nigeria." And subsequently, immunization efforts in Nigeria included measures to drive down cVDPV risk, particularly by vaccinating with the trivalent vaccine. As recently as June 22, Thompson believed Nigeria “can be OK in April 2016 at the time of the switch.”

After the Nigerian cVDPV case last week, however, Thompson stated that "if global health leaders want at least 95% confidence that cVDPV2 transmission has stopped in Nigeria prior to coordinated OPV2 cessation they will need to delay cessation beyond April 2016." Polio’s annual infection cycle is at its low ebb in the month of April. Consequently, a delay in the switch would likely push the date a full year to April 2017.

Pakistan too remains a risk for having cVPDV come next April, according to Thompson, although the risk in both Pakistan and Nigeria can be reduced by the number and quality of vaccination campaigns using the trivalent vaccine.

Thompson and co-authors at the CDC said in a recent paper that switching to bivalent vaccine while vaccine-derived virus circulated “would represent a public health emergency…” WHO already declared polio a Public Health Emergency of International Concern (PHEIC), back in May 2014. The CDC raised polio to a maximal, Level 1 crisis in 2011.

Regarding the schedule for the switch, the Gates Foundation deferred to SAGE. Said foundation spokesperson, Rachel Lonsdale, “The SAGE will review the plans for the switch this fall and make the decision if it is moving forward next year.”

A WHO spokesperson made no comment to an emailed request.