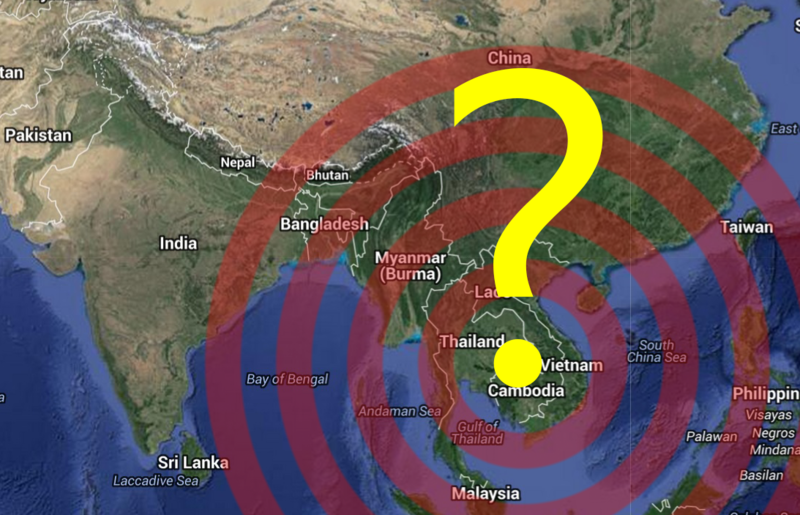 Drug resistance has twice started in Southeast Asia, both times leading to massive epidemics of untreatable malaria in Africa. Only the introduction of artemisinin combination therapy earlier this century beat back the most recent wave of drug resistance. Now artemisinin is buckling, leading to understandable worry about yet another resistance apocalypse. But current scientific evidence contradicts the narrative of doom voiced by journalists (including me) and much of the malaria research community.

Artemisinin resistance has barely spread but instead popped up on its own, evolving independently in areas scattered across Southeast Asia. The effort to “contain” resistance by wiping out malaria in the region will not prevent independent emergence in Sub-Saharan Africa where home-grown resistance could develop undetected by today’s weak surveillance system.

Artemisinin resistant malaria results from changes to a complicated genetic network that will be difficult to infiltrate into other parasite populations without it coming apart. However, elimination efforts Southeast Asia both strengthen resistance and streamline its genetics for easier transmission abroad, fomenting the very apocalypse it supposedly seeks to avoid.

Not spreading even in Southeast Asia

Drug resistant malaria is scarcely spreading at all in Southeast Asia, even within national borders. The most comprehensive survey found only three instances of spread out of 112 samples from across the region. Parasites thought to have originated in Cambodia were found in people tested near the border with Vietnam. “All other mutations appear to have arisen independently,” scientists concluded. Other researchers concur that resistance “is primarily due to the proliferation of newly emerging mutations…” Rather than spreading, most instances of resistance “appear to be localized to a relatively small geographical area…”

A paper on resistance in Myanmar includes the word “spread” in its title but adduces little evidence and no claims for it. Scientists found “strong evidence” of resistance in Myanmar “including regions close to the Indian border in the northwest,” a worry because past drug resistance is thought to have spread first to India before leaping to Africa. However, resistance is not spreading, according to the authors, rather it “extends” across Myanmar. Seven individual mutations appear “to have arisen independently” more than once, pointing not to spread but de novo emergence.

Resistance has not spread to Myanmar: “Contrary to the widely assumed scenario,” concluded another research group, “we found no evidence of westward spread of artemisinin resistance from Cambodia to Myanmar.” So far in Laos and Bangladesh, mutations associated with resistance are “absent or found at much lower frequency,” additional evidence against regional spread.

Sizable population movements within and between countries seemingly ought to create an equivalent dispersion of resistance. Why that hasn’t happened is “a very good question,” said Philippe Guyant, co-author of a paper on malaria and migrant workers in Cambodia. “I don’t think there is a definitive answer to it given the current state of knowledge.”

But the domino theory of spreading resistance, although widely-discussed and deeply worrisome, is not supported by current scientific evidence which shows that drug-resistant malaria is scarcely spreading even within Southeast Asia.

Conclusive evidence of artemisinin resistance emerged in 2008, but the complexity of the underlying genetics frustrated efforts to find a molecular marker until 2014 when mutations in a gene called Kelch 13 (K13) were finally implicated.

Right now, artemisinin resistance in Southeast Asia is tightly bound to an interconnected set of genetic changes particular to its evolutionary history, a history that differs greatly from much of Africa—although not all.

For artemisinin resistance to spread to Africa it will have to overrun incumbent populations. However, the delicate architecture of resistance—multiple mutations riding several different chromosomes—is likely to be pulled apart by the sexual recombination of malaria parasites. Years ago, malaria dragged down the combination drug sulfadoxine-pyrimethamine by incrementally accumulating changes. By contrast, a mutation to K13 seems to need simultaneous changes elsewhere in the genome to balance fitness costs, compete with other parasites or both.

According to Olivo Miotto, co-author of a paper on the genetic architecture of artemisinin-resistance:

Another obstacle to the spread of resistance to Africa is far lower drug pressure there. Malaria in Southeast Asia is less intense, so people generally do not acquire immunity and fall ill when infected. The sick seek and receive treatment at very high rates, piling on drug pressure. By contrast, “Right now, only a portion of African parasites get exposure to the drug,” observed Miotto. In much of Sub-Saharan Africa, more intense malaria means greater natural immunity, leading to a greater number of infections that cause no sickness. The unsick seek no treatment. If parasites aren’t exposed to the drug, resistance to artemisinin confers no fitness advantage and will be swept from the genome.

However, much remains unknown and possible parallels with the past are cause for concern. Although artemisinin resistance appears to rely on more than K13 mutations, according to Miotto, chloroquine resistance, early in its development, also might have needed more than one mutation. For chloroquine, “the key marker was identified, but the story may still be incomplete—don’t confuse that with it being simple… We could only study the aftermath,” which pointed to a mutation in one gene. According to Miotto, malaria could yet produce a single K13 mutation that prevails against artemisinin.

Chris Plowe at the University Maryland concurred: “What is happening now with artemisinin resistance may not be all that different from what happened with chloroquine, sulfadoxine and pyrimethamine resistance in the past. We are just witnessing it in real time with a lot more data.”

Continuing research might find more evidence for spread. According to Shannon Takala-Harrison at the University of Maryland, with increasing numbers of samples, “we are seeing additional evidence for spread as well as independent emergence of mutations.” She looked forward to discussing “more concrete results and conclusions as they become available.”

At this particular time, however, there is astonishingly little evidence of spread and sizable genetic and environmental obstacles working against it.

The current policy of elimination fits somewhat awkwardly with current evidence. If artemisinin resistance mostly emerges independently, increased surveillance in Africa rather than containment in Southeast Asia might be more sensible. But according to Patrick Kachur, head of the malaria branch at the Centers for Disease Control (CDC), eliminating all malaria in Southeast Asia makes good sense: “I think the threat of artemisinin-resistance spreading to Africa is a compelling reason why global malaria advocates should be interested in eliminating malaria in Southeast Asia.” Also, countries in the region have their own, additional reasons for wanting to be completely free of malaria, according to Kachur.

Elimination has been “a moderately effective advocacy message,” Kachur said. It is one the malaria research community seems loathe to change even though science does not clearly support it. Neither Kachur nor Plowe responded to emails asking them to contradict the hypothesis that drug-resistant malaria is not actually spreading. Emails to the Gates Foundation also received no answer.

The narrative of doom obscures an all-too rare bright spot in malaria and global health: the pipeline for new antimalarial drugs is incredibly robust. Although grim headlines say, for example, “No 'plan C' drugs available,” multiple new candidate drugs and entire new drug classes have been discovered largely under the umbrella of the Medicines for Malaria Venture, a public-private partnership started by the Gates Foundation.

However, Bill Gates adds his voice to the apocalypse chorus. In a YouTube video, Gates described the possible spread of resistance as “the biggest disaster for control ever.” 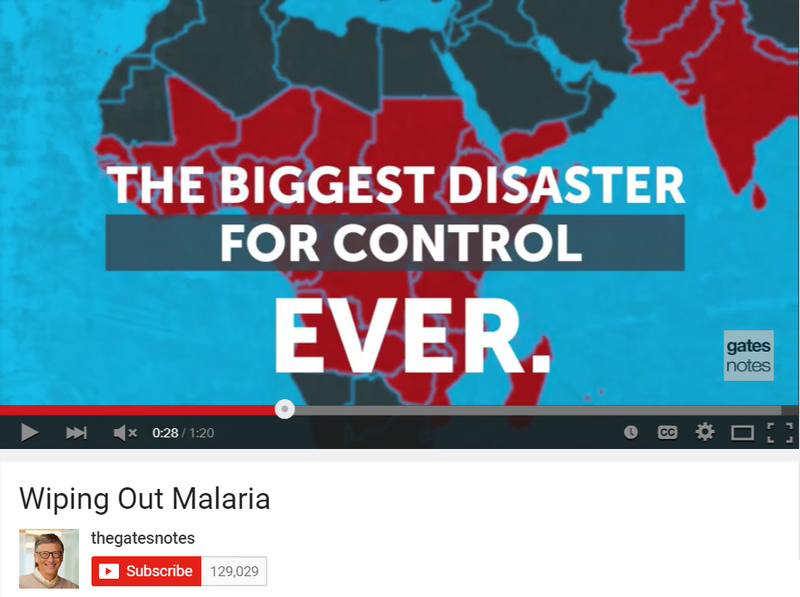 Next Gates says: “We’re trying to figure out if we can do local eradications.” But if resistance, rather than eradication, were the primary concern, elimination is no longer automatically the right strategy.

“Drug resistance is driven by drugs,” as Olivo Miotto put it. Elimination maximizes drug resistance, making it stronger and more heritable as drug pressure reshapes and streamlines the initially complex genetics of resistance. This is “the core question” for Miotto. “Drug resistance doesn’t come from heaven; we create it, we encourage it.” He called for better models “to predict the outcome of intervention as we move forward,” saying “responsible approaches to deploying drugs are key.”

Nonetheless, CDC’s Kachur said “enthusiasm is high among global and subregional malaria subject matter experts” for elimination.  Chris Plowe argues that “What the independent emergences tell us is that containment is not likely to work, so by eliminating we can at least try to prevent the most fit, viable and dangerous forms from spreading.” However, elimination propels greater fitness, viability and more dangerous forms that are more likely to spread.  Per the title of a 2009 paper about eliminating artemisinin-resistant malaria in Cambodia, “The last man standing is the most resistant.”

Mathematical models show elimination is unlikely to work. Gates Foundation-funded researchers found that extinguishing malaria was not possible in many places, including in Southeast Asia: “Prospects for elimination in Myanmar and southern Thailand do not appear to be favorable.” Myanmar, recently announced the goal of eliminating malaria.

In another study, “An optimal control strategy to reduce the spread of malaria resistance,” even models using both mass drug administration and insecticide measures fail to completely get rid of drug-resistant malaria. “We think from our models that it is true it is not possible to eliminate drug resistant malaria just using mass drug administration and insecticide,” confirmed co-author Fatmawati Armawi of the Universitas Airlangga.

With elimination exacerbating resistance, evidence-driven policy would seem to suggest reducing drug pressure in Southeast Asia and intensifying surveillance in Africa. The edges of the malaria belt in Africa have low transmission like Southeast Asia. In addition, countries that have advanced toward malaria elimination also have low transmission coupled at times with high drug pressure. According to Miotto, “These should probably be our ‘sentinels’ ” for artemisinin resistance in Africa.

At present, however, malaria science and malaria advocacy appear to have separated.